Like all U.S. Navy WW-II fleet submarines Cod is propelled by electric motors. Electric power to run the motors is provided from diesel engine driven generators while on the surface and large electrical batteries while submerged. Electricians on duty in the maneuvering room control the source of the power and the submarine's speed with the set of silver levers at the rear of the power cubicle or "cage" and with the various controls and meters on the panel above the levers. The speed of the diesel engines is also controlled from here. The levers switch the generators' output between providing power to the electric motors or to recharging the batteries or some combination. The two black boxes on either side of the panel are the Motor Order Telegraphs used to pass orders to the maneuvering watch crewmen such as "All Ahead, Flank", etc. The orders are acknowledged by repeating the indicated order using the brass knob below the face on each device.

Two of the levers allow the pairs electric motors to be connected in electrical series (for fine, low-sp eed control) or in parallel (for maximum power). 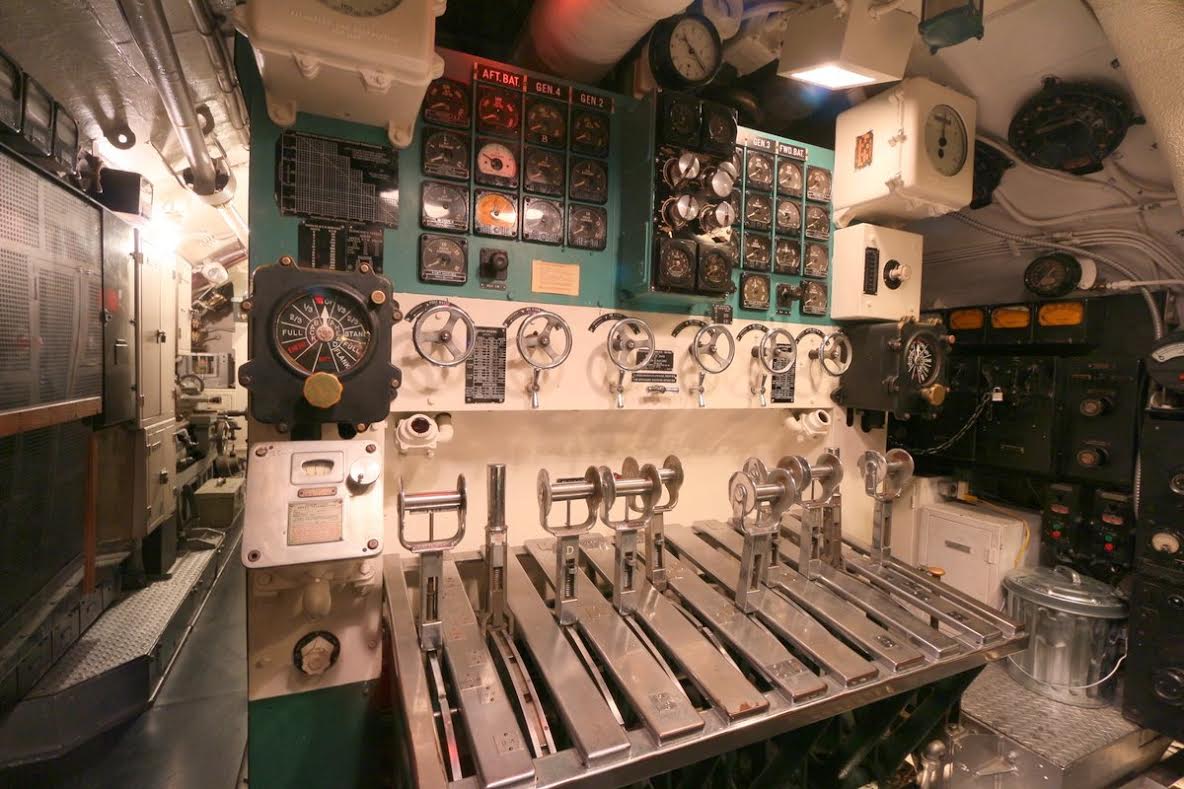 Generators or batteries provide enough electricity to drive the submarine at speeds up to 22 knots on the surface. However, her maximum submerged speed of 9 knots will completely drain the batteries very quickly and cause easily detected noise. Sub skippers stretched the submerged endurance of their boats to much more than 30 hours by creeping silently at only a few knots.

The four massive electric motors, located below deck, turn the two propellers through a pair of large water-cooled reduction gears.